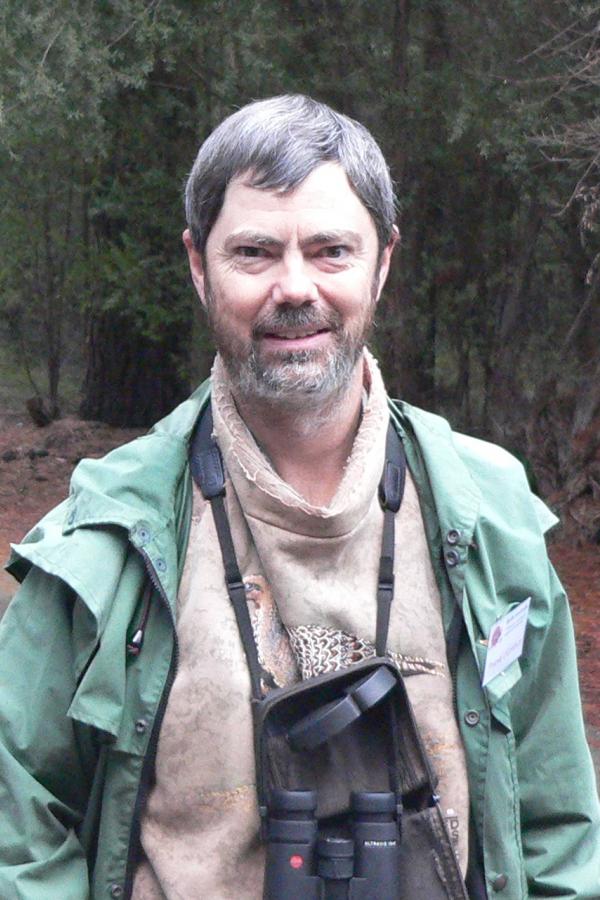 Frank O'Connor is a native of Western Australia. While he has had an interest in birds for most of his life, his zeal for birds was ignited by the sight of a Rainbow Bee-Eater in 1987. This fired a passion that has given Frank an intimate knowledge of the birds of Western Australia (he has over 500 species for the state!). For many years Frank worked in a fly in/fly out position in remote north east Kimberley that afforded him 28 weeks off each year, time he spent getting to know Australia’s birds intimately. He left that position in 2001 and since then he has been a self funded retiree leading bird tours and birding in Australia and overseas where he has visited destinations as far afield as the Himalayas of Bhutan and the savannas of Kenya. When Frank is not out birding he volunteers for BirdLife Western Australia where he is a member of the executive and assists with organising pelagics, the website and community education. Frank also maintains a healthy interest in mammals, reptiles, butterflies, frogs and orchids